Simulating Data From Far Away Planets

Mauricio was interested in the intersection of computer science and physics, especially astrophysics. He had already taken a few AP courses to set up him for success in this advanced project, so he proposed to code a simulation that would allow him to understand current research in the field of astrophysics. His mentor, Daniel, suggested he model a star and planet outside of our solar system (also called an exoplanet), as well as the Doppler shifted wavelength that would reach Earth from this star. 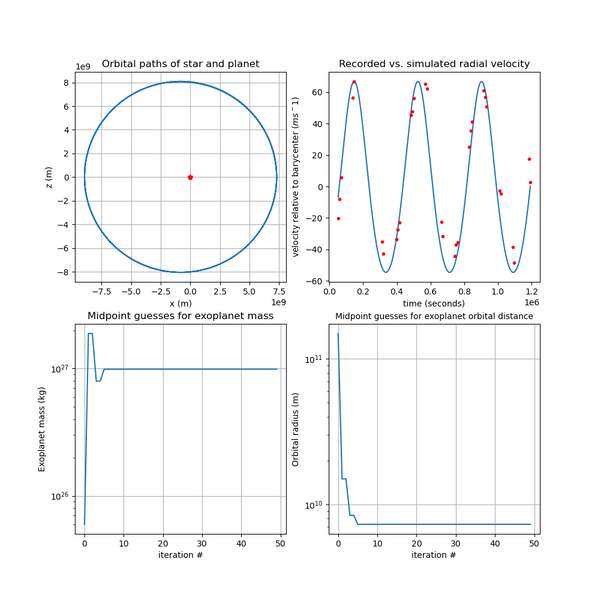 Mauricio used his model to find the mass from actual exoplanet detection data for 51 Pegasi b and saw that his simulation matched the data well!

Mauricio is an 18 year-old high schooler from Weston, Florida.