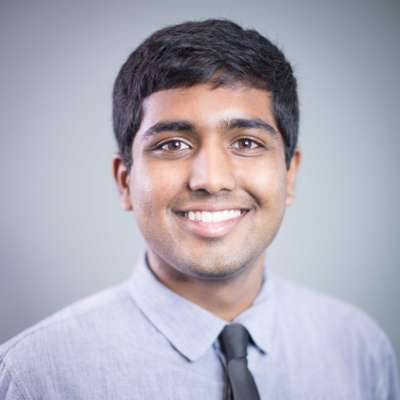 Can we detect Alzheimer's disease earlier?

Neurodegenerative diseases like Alzheimer's disease are devastating both for the patients and for their families. And as the average age of our population steadily increases, the prevalence of these diseases is projected to increase as well. However, despite the severity and prevalence, most neurodegenerative diseases including Alzheimer's disease still have no effective treatment. Some evidence suggests that prior approaches to treating Alzheimer's disease may have failed because the treatment is simply too late. In other words, by the time symptoms like memory loss develop, the damage may already be irreversible. Therefore, diagnostic tests that can detect the onset of Alzheimer's disease much earlier may be crucial for allowing treatments to be effective. Diagnostic tests across many fields, even outside of neuroscience, continue to advance at an exciting rate. Can you envision using similar technology to develop an early diagnostic test for Alzheimer's disease? Step 1: Study recent neuroscience literature to identify a few biomarkers that might be indicative of early-stage Alzheimer's. Step 2: Study diagnostic testing literature to identify a testing strategy that might be able to detect your biomarker.

Why do our brains deteriorate with age?

Aging is by no means unique to the brain -- all of our tissues/cells tend to deteriorate with age. But why? Scientists have hypotheses for what factors primarily drive aging: DNA damage, mitochondrial damage, telomere shortening, lack of stem cell replenishment, and more. It's likely that all of these factors play a role, but that different factors are more important in different tissues. For example, in tissues such as muscle, adult stem cells regularly divide and replace damaged cells nearby. So presumably, as those stem cells gradually become less efficient at dividing or differentiating, then the muscle tissue is less able to replace its damaged cells. But in the adult brain, only a few small regions of the brain have even been shown to produce new neurons. So do stem cells play less of a role in regulating aging in the brain? And if so, what factors play *more* of a role in the brain's aging? Finding out what pathways play a key role is the first step toward a potential treatment! If we can learn more about what exactly goes wrong in an aging neuron to make it less healthy, less able to communicate with its neighbors, etc...then maybe a drug that prevents that could help preserve our cognitive function for longer! Step 1: Research what pathways drive aging-related degeneration in the brain, and compare/contrast to other tissues like muscle, liver, and heart. Step 2: Based on that research, analyze what factors may be more important in the brain than in other tissues. Step 3: Look into whether any components of these most important pathways are "druggable".

What can and can't be treated with gene editing?

The development of CRISPR-Cas9 as a tool for gene editing won a Nobel Prize in 2020! It's exciting that we now have the potential to treat genetic diseases at the root cause, by correcting the mutations that actually cause them instead of only being able to alleviate the symptoms. But what is a genetic disease? For certain diseases like sickle cell anemia, or Huntington's disease, the genetic cause is a well-characterized mutation in the same gene. Since most patients have the the same mutation, in the same gene, there is high confidence that genetically correcting that mutation can correct the disease. But most diseases are not as clear-cut. Many, like Alzheimer's disease, are associated with many different mutations across many different genes -- and even several non-genetic risk factors. In these cases, if gene editing even can be applied, it'll be much more complicated. If you have a disease that you're particularly interested in, we can explore the process of how scientists in the gene editing field (like me and my lab) study whether a disease can potentially be treated with gene editing. We can discuss the different kinds of gene editing outcomes like inactivating a gene vs changing its code, as well as how the genetics of a disease affects our approach to treating it. For example, can you think of how you would treat a dominant disease compared to a recessive one? Step 1a: Identify a few diseases of interest, and study their genetics. Step 1b: Learn how gene editing works, especially CRISPR-Cas9 Step 2: Based on the genetics of each disease of interest, narrow down which ones can and can't be theoretically treated with gene editing. Step 3: For the theoretically treatable diseases, discuss what gene editing approaches might be most effective. Step 4: Outline a proposal for how one could test these different approaches and evaluate their effectiveness.