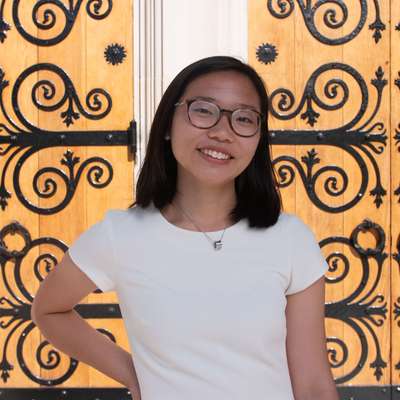 Therapeutics are needed to control the spread of SARS-CoV-2 and the S2 region is an effective target due to its highly conserved nature. In this project, we will find examples of existing inhibitors targeting this region in similar viruses (i.e. SARS-CoV, MERS-CoV) and dock them to SARS-CoV-2 S2 to understand the binding site interactions. Then, we will re-design these inhibitors to best fit SARS-CoV-2 S2 and improve upon our binding interactions in the final project.

Cryo-EM is a revolutionary imaging technique to capture the molecule representation of proteins, though AI is required to denoise and reconstruct the 2D projections of these proteins. CryoDRGN is a recent paper demonstrating improved ability to reconstruct proteins through neural networks, so in this project we will validate the results of cryoDRGN by applying it to another dataset from the EMPIRE database as well as learn the details of neural networks and cryo-EM image analysis.

Gene networks are promising methods to predict connections between genes and human disease. In this project, we will use gene expression and biology pathways (from Enrichr) to develop a neural network to predict disease (i.e. COVID-19).

The human body normally follows the same design, but occasionally we run into anatomical variations. For instance, having a short indicis propius is common in up to 10% of patients, which can lead to negative consequences if patients require tendon transfer for another issue, or need to have hand surgery. Other anatomic variants of consequence include those of the gallbladder ducts, which can be of consequence for gallbladder surgeries. These anatomic variants can make the difference between successful and failed surgeries, so it is important to review these variants and increase awareness. Thus, a possible project is having a literature review of observed variants and their possible surgical consequences.