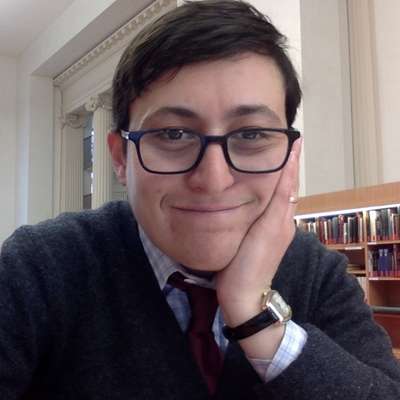 Confession and Camouflage: On Saying What's Hardest to Say

My favorite subject to teach is the novels of Thomas Mann, who had to find artful and sometimes sneaky ways to talk about forbidden subjects, most of all his own queerness. We can look at how writers and artists "say without saying" the things that they most need to express but are most afraid to say--and how we, as critics, often do the same thing!

Literary or Philosophical Analysis--Project of Your Choice!

Critical reading of any text that sparks your interest.

Critical Humanities Study of Your Choice

Liberatory Pedagogy: Radical and Transformative Ways to Teach and Study the Humanities

One of my greatest joys is exploring how studying the humanities in collaboration with others can build community and address the joys and sorrows of human experience, in ways often avoided in traditional academic settings. Looking to scholars such as bell hooks for inspiration and guidance, we can talk about ways to make the humanities more serviceable to, well, humanity, than they sometimes are on university campuses.

One of the bravest and most honest things we can do as humanities scholars is to reflectively consider our own investments--personal, political, psychological, cultural--in the work that we do. This has been crucial to all of my own research, and we can work together to both reflect on and practice the concept with respect to anything in the humanities (literary or otherwise) that speaks to you.

In my dissertation, I took a personally and politically reflective look at the relationship between poetry and music in the songs (or Lieder, in German) of Schubert, Schumann, Beethoven, Brahms, and so forth. We can do something similar for anything that interests you at this interface between what writers and composers do, and how performers and audiences mediate these inter-artistic conjunctions. I'm most comfortable with music in the tradition of European classical music, but we can explore any genre that interests you.

Art Interpreting Art: Where One Medium Meets Another

Though my own work is mostly about the interface between music and literature, we can explore any kind of art that combines art forms, such as music and painting, painting and poetry, drama and music, and so for. The possibilities are endless!

I wrote my beloved dissertation on a form within the so-called German classical music tradition called "art songs" or "Lieder" (singular: "Lied"). A Lied is a poem set to music, usually by someone other than the poet. The poet may or may not have known the composer, or given their blessing to having it set to music--there was no copyright in those days, so the composer could use any text they wanted and do anything they pleased with it. My greatest fascination is with the meeting--or confrontation--of two separate artistic wills, and the magical transformation that happened when a composer like Franz Schubert or Robert Schumann set a poem to music. When it went well, the whole is more than the sum of its two parts. I'm hoping to turn this dissertation into a book and will need help with many parts of the process, including finding citations for quotes and sources that I already have, and also finding new material to enhance or deepen the argument. I might even need help getting permission from various places to use quotes, materials, or pictures (don't worry, I'd help you help me with technical stuff like that!). If you're interested in queer studies, there's also a connection (even if not a very obvious one) between that and my German art song project that I'd love help developing. Knowledge of German, or at least curiosity about it and a desire to learn, is helpful though not required--same goes for music.

Queer Connections in the Novels of Thomas Mann

The renowned German author Thomas Mann had a lifelong problem--he wanted to be "the most respectable German" of his generation, but he was also mainly attracted to men. Being gay might not have been a problem (until Hitler and Nazism made it a problem, that is), but the Most Respectable German had to have a wife and a family--so Mann married and had six children (half of whom also turned out gay or bisexual). Mann wrote very explicitly about his conflicted love for men in his diaries, which he kept hidden during his lifetime but ordered to be published twenty years after his death (they are all now publicly available as a result). In nearly all of his fiction, Mann planted hidden expressions of his dangerous secret. Critics have discovered many of these, but I believe that some of the most cleverly concealed confessions in Mann's novels evade general notice to this day. I'm working on an article drawing attention to some of these moving, haunting, and sometimes troubling testaments to queer love in Mann's novels, especially his two most famous works, The Magic Mountain and Doctor Faustus. I'll need help looking through the critical literature on Thomas Mann to see if there might be discussions of these little secrets that I haven't found yet (I want to give credit where it's due!). If you can read German, so much the better--if not, that's okay, too. I'll also need help looking for arguments in queer theory, literary theory, or other fields of philosophy that might help support or deepen the claims I want to make in this article. I might even ask for help looking for clues in other works by Thomas Mann himself, including his short stories, most of which I still haven't read.