“This is the only company I know that works with students through the lens of personal projects, and not just as a support to the work they're doing in school.” 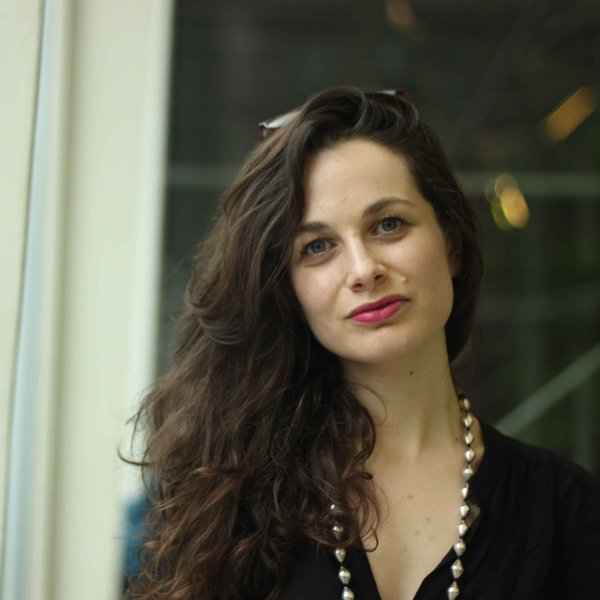 During her undergraduate years at Oxford studying Modern History and French Literature, Liz learned the value of personal, project-based mentorship firsthand. “The major difference between mentoring and teaching a class is that you get one-on-one time with the student, which actually was how my undergraduate education was structured. I got so much from that academically, so it's wonderful to be working again in this kind of structure at Polygence.”

Since then, Liz completed her PhD in French and Comparative Literature at Columbia University in 2017. There, she explored her lifelong interests in world languages, literatures, and cultures, inspired by her family’s multicultural upbringing. Her research and teaching focus on the francophone and Arab worlds, with a particular interest in knowledge production, cultural imperialism, and the histories of religious and minority groups. But she isn’t just an expert in her fields of study—Liz is a highly experienced and passionate teacher who reaps great benefits from the mentorship experience. “I love teaching! I have developed and led undergraduate and graduate seminars at MIT, Barnard College and Stanford on histories and literatures of the French empire, migration, counterculture, race and religion, and global cultural politics, and taught in the Great Books Program at Columbia. I have also tutored for over ten years—in French language, creative writing, history, and prepping students for their university applications.”

“I would like [my students] to think carefully about why an idea is best expressed through in one way over another, what the value in different types of writing might be, and how the effect might change if we, say, create a play from an idea rather than a poem.”

Liz thinks carefully about the tailored approach she takes to mentoring students on creative, personal projects. “I try to encourage my students, when they do their creative projects—whether it's a poem, a story, a play—to take it slowly, to plan, to think about the whys and hows of the piece, and why one genre might be suitable for the story they want to tell. I would like them to think carefully about why an idea is best expressed in one way over another, what the value in different types of writing might be, and how the effect might change if we, say, create a play from an idea rather than a poem.” She finds that having students talk through their writing during mentoring sessions can often help spark new ideas and approaches to their project. “One of the fun things is discussing the motivation behind the work, and often it's in those conversations that we discover the best or more productive material that can be reworked into a final piece. We might leave a piece as it is, and write an entirely new thing based on the ideas that it has brought up, or we might change the order of the piece to create a more effective structure.”

Whether she is mentoring a student through a creative writing piece or through an academic paper, Liz encourages students to do a lot of reading alongside their writing. “My students and I have emphasized the importance of reading (and reading even more!) as a critical part of the writing process—their own work of course, and other peoples. Re-reading is where some of the magic happens!”

Her students learn the importance of patience and perseverance in the writing process, which are critical skills required to sustain a writing project to completion. “Mostly, I think that what we learn together is that good writing in whatever form takes time and labor, and that the most simple ideas can be the most brilliant.”

Liz knows from extensive experience that high quality writing projects require much patience and perseverance. After having dedicated years to writing her Masters and PhD theses, Liz is working on two book projects. “The first explores the afterlife of the empire in Lebanon, a country marked by institutional, linguistic, and structural hangovers from the Ottoman and French empires. The second looks at international students in Paris in the aftermath of the second world war.”

Liz’s many experiences as both a mentor and a mentee allow her to understand this relationship from both sides, and take steps to make learning as enjoyable and comfortable as possible for her students. “When you mentor, the important thing is to recognize that it can be a potentially rather intense experience for the student to get so much attention! So I try to lighten the atmosphere, and make sure they feel less under scrutiny. I want to build a trusting, academic rapport. I’ve found that one of the best things is that you can go entirely at the pace of the student—so if we need to go over something again, we can, and we can adapt the assignments, readings, and the structure of our work together to whatever suits them.”

“...I’ve found that one of the best things is that you can go entirely at the pace of the student...”

Through Polygence, Liz has worked with a handful of students on projects ranging from research papers to playwriting. One of her students actually went on to direct the play he wrote in a full scale production at his high school. The diversity of these projects is a testament to Liz’s work as an educator. She’s encouraged her students to be self-directed, letting them take the reins of their own project with the support they deserve. Because she advises only a few projects at a time, she can provide personal and nuanced feedback hard to find elsewhere. By the final session, her students have blossomed into mature writers and scholars prepared for their next personalized project.