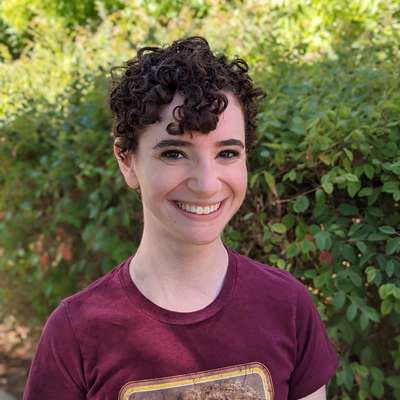 Aging is a heterogeneous, stochastic process by which an organism shows declines across physiological systems over time. Similarly to organismal aging, cells show aging through a process known as cellular senescence, in which cells age over time. This process is accompanied by a series of declines in cellular systems including accumulation of DNA damage, expression of specific proteins, and pro-inflammatory secretions, and these senescent cells avoid cellular death known as apoptosis. A healthy immune system usually responds to cellular senescence by eliminating senescent cells. However, with age, an organism's immune system becomes less functional, allowing senescent cells to build up in tissues. Also, aging is accompanied by weakening of the musculoskeletal systems (bones and muscles), increased prevalence of neurodegenerative diseases (such as dementia), and increased prevalence of cancer. Aging across systems is an incredibly complicated and interesting process and I would love to help a mentee study aging in the immune system, on the cellular level, in the brain, in the cardiovascular system, or any other systems of interest to a mentee to produce a scientific review article, vlog or blog or news and views article for the public, or anything else a student is interested in! There are also very interesting ethics around studying aging that we could learn about and develop a story, blog, vlog, article, or other piece about.

A shocking and extremely interesting study came out almost 5 years ago showing that cells continue to show gene expression differences even up to several days after the whole organism has died. Are there molecular signatures (ie: genetic patterns) associated with the death of an organism? Do the cells stay alive for some time even after the organism has died? How do we understand death on a cellular level? How do we understand death on a genetic level? These questions are slowly being answered by a new field that has interesting applications in forensics and interesting questions within basic biology and our understanding of the death and dying processes between an organism and its cells. This project could be a scientific review, a blog/vlog/news and views article for the public, or a computational project analyzing publicly available data (preferably for someone who knows some coding in Python and/or R).

Since the discovery of CRISPR/Cas9 technology's utility for research applications in 2012, there has been a huge boom in genetics research that involves this tool's specific and efficient genome editing. This has been incredibly useful for research, but entered into the public sphere and gained widespread media attention in 2018 when a scientist in China used CRISPR/Cas9 to genome edit human embryos, implant them, and three babies were born with possible genome edits. How did scientists and non-scientists alike respond to this event? What do we think is the future of gene-targeted therapy and how can we keep it safe? How do ethicists and policymakers comment on genome editing and gene-targeted therapy? What types of oversight bodies can we put into place nationally and internationally within and beyond the scientific community and what can those look like? We could write a scientific review article, news article, blog, make a vlog, or write a short stories about this topic.

Genetics as a field has a fraught history rooted in the discriminatory, and ultimately extremely harmful, eugenics movement to stealing samples from Indigenous communities to study ancient DNA, to perpetuating racism through projects today that study racial differences. This is all despite that the data show that racialized groups are actually more similar between groups than any given individuals within that group are, and that the data show that racialized genetic analyses actually show huge overlaps. One way to combat this would be to compile a literature review of the research so far to show that much more of the research show that genetics data is antiracist, but the interpretations have been historically racist. Another way is through short stories, lectures, podcasts, blogs, commentaries, or other ways of getting the word out that humans are genetically very similar and the differences represented are not racial.