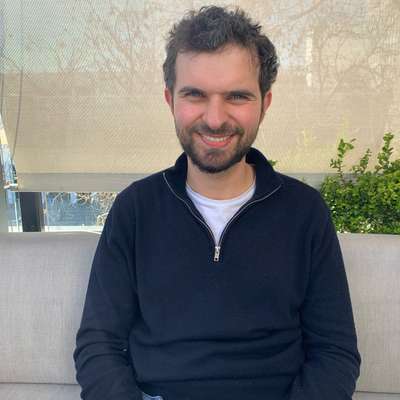 A quantum system is said to be "thermal" if its long time behavior is effectively described by the laws of thermodynamics/statistical mechanics. Despite the laws of thermodynamics being inescapable in our day-to-day lives, not all quantum systems are actually thermal. It is therefore important, both fundamentally and practically, to understand the mechanisms by which quantum systems are able to become thermal. In this project, you will learn how to represent quantum many-body systems on a computer, and explore how and when quantum many-body systems thermalize (as well as learning how to tell when this has occurred!). We will start with examples of well-known systems; time permitting, we will move on to more complicated systems (and possibly ones that have not yet been studied in the literature!)

It has been said that we are in the midst of a "second quantum revolution" - one in which we harness the principles of quantum mechanics to create computing devices that are (literally) exponentially better than the computers we have at home today. Some of the simplest, and most elegant, examples of the power of quantum computing are algorithms like that of Grover for searching and that of Shor for factoring large numbers. In this project, you will learn the basic principles of quantum computing, including the quantum mechanics that it relies on. You will then implement computer programs to simulate the action of a quantum computer running some simple quantum algorithms (such as Shor's algorithm mentioned before). Time permitting, we may review more sophisticated algorithms and techniques from quantum computing (such as error correction), and/or some cutting edge algorithms from the literature.

Machine learning has found its way into nearly all fields of science; from quantitative economics to computational biology and even particle physics. While the "black box" nature of machine learning calls into question its usefulness in physics (as physics seeks to explain, not just predict), the utility of state-of-the-art machine learning techniques to guide physics research is undeniable. One such area of physics research is in Many-Body Localization (MBL). A quantum system is many-body localized, roughly speaking, if the particles are "stuck in place", and not able to transport charge/information across the system. MBL is one manner in which a quantum system can avoid thermalization (see Project #1). Not all quantum systems display MBL; whether or not a system is many body localized depends on a whole suite of parameters. In this project, you will use machine learning to "learn" where a given quantum system transitions from thermal to many-body localized. To do so, you will first learn how to identify this transition using the "normal methods" (which will be taught to you). You will then use results of these methods to train a machine learning model of your choice to identify the transition point, and compare the model's transition to that identified by "normal" methods. (Note: This project requires some prior knowledge of machine learning models and how to work with them)