Siri is a high school senior from Cupertino, CA who did STEM research working with Polygence mentor Fabian. She used stochastic simulations to model the spread of COVID-19 in a population with a vaccine! Her models indicated that in the absence of other precautions, a city the size of San Francisco would need a vaccine that’s 80% effective with 70% compliance in order to eliminate the virus in 100 days. Siri discusses her methods and these fascinating results in a 20 page paper, an experience which introduced Siri to fundamental techniques in bioinformatics and honed her skills of combing through scientific literature. Siri deeply values Polygence’s ability to show students what research in academic disciplines is really like before they get to college, so they can make more informed choices about their future professions. You can read more about Siri’s Polygence experience in the interview below.

Thinking back to the beginning of the summer, what led you to apply to Polygence?

My junior year was ending, and in that scenario comes the burden of college apps. I started doing some research on building my college list, and also research about the majors and the programs each college offers. You know, it's scary to choose a major without knowing what it actually means to work in that field. 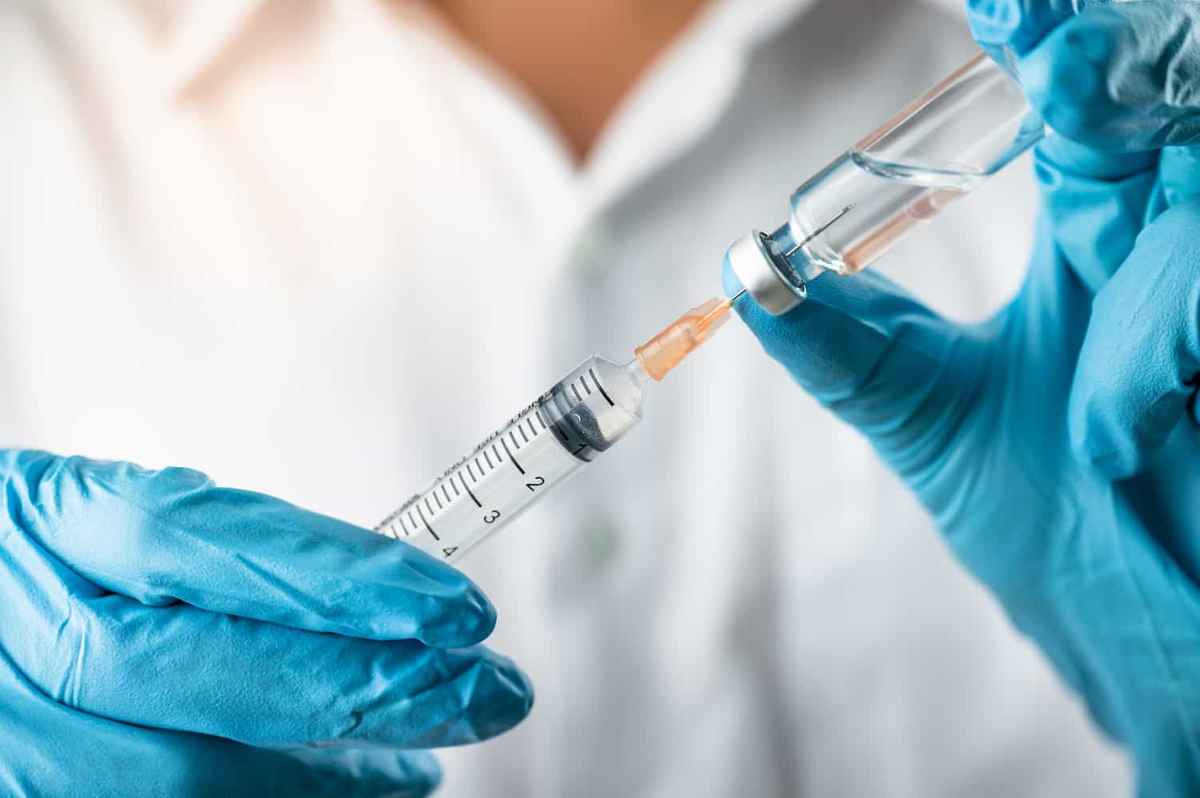 I wanted a way to know what it would be like if I were pursuing my interest in biology as a career. That's why I sought out Polygence—because they cater to me. I'm the focus, and Polygence offered me experience with whatever I wanted to pursue. Fast forward three months later—the work I did for my project was very close to the real life work that I would be doing if I were working in bioinformatics. I really appreciate that I got the opportunity to do something like that this early on.

“You know, it’s scary to choose a major without knowing what it actually means to work in that field...That’s why I sought out Polygence…”

What skills and experiences do you think are essential to the field of bioinformatics, and how did Polygence help you acquire them?

First is coming up with a research question. I think Fabian helped me a lot with that. He would ask me what I want to get out of the project. He would give some suggestions, and I would say if that interested me or not, and that's how we came to this whole vaccine topic. He first told me to code the “infect” function. I was just staring at the code, and suddenly I thought hmm, what if we introduce a vaccine into this population? Then I coded that up and I sent it to him, and I was like, this is pretty cool—let's talk about it more!

My entire project basically came out of that. That's basically what you would do if you were a bioinformatician. You would come up with a research question, and then you would seek out methods on how you can model that. Fabian gave me the tools—he introduced me to random walks in biology, he introduced me to NumPy libraries and Python, and I think those would be the tools that a bioinformatician would seek out to answer their questions.

Your final project was a scientific research paper—did you have any experience with this kind of work beforehand?

I feel like research papers were extremely daunting to me before, because nobody in my school had ever written one. You don't do that kind of stuff in high school, primarily because you don't have enough time or expertise to do the research itself. The only research papers I'd read before were written by professors, so it seemed like something very unreachable.

But what I learned is that it's an extremely logical process. You get the data, you describe the data, and then you provide background on it, i.e. what you learned in order to produce this data. For me in my project, I had to learn about statistics, random walks, and the mechanics of spread of an infection. Then I took these learnings and documented them in the paper in a way anyone should be able to understand..

“I feel like research papers were extremely daunting to me before [Polygence], because nobody in my school had ever written one.”

Did you face any unexpected roadblocks in your project?

Two weeks before the paper deadline, there was a quite a major bug in the code, and I had to go back and fix it, which totally changed the results of the data. Fabian was very, very encouraging and I really appreciate that about him. He reassured me that there is always always a story to tell with biology. No matter what it is, you will find the story, so don't be scared that the data doesn't match the results that you already had. That was invaluable.

You weren’t just doing your own data analysis—you also read other scientific papers to see how your work could add something new to the field. What was the learning process for reading scientific literature like?

Three weeks before I started writing my actual research paper, Fabian would have me pick out other articles related to COVID-19 and do short one page write-ups on them, summarizing what the articles were telling us. The most important part of your entire research paper is the results section, and I think this is why he made me describe and summarize the data from other papers. It got me into the habit of doing data analysis.

I think that's when I started to practice seeking out research papers on my own, and learned how to sift through them efficiently so that you're not reading every single word of the entire research paper. You just read the abstract and then jump to the results section. If you don't know something, you can go back to materials and methods, and if you got what you needed, you can move on. I started off reading every single word, and that's just not efficient. This skill of efficient reading I developed through Polygence has helped me a lot.

“There’s a barrier between a typical student and a teacher, which I think is pretty much absent between a Polygencer and their mentor”

How is Fabian different from other teachers or tutors you’ve had?

With teachers, they're giving you all the information. Whereas with Fabian, we were having discussions on the data, and we would come to the conclusions together. That made me feel accomplished, because he is an expert in the field. To be able to have discussions with him, to be able to understand what he's saying, and to have him actually consider what I am saying as an equal, that's also something that doesn't happen in school.

Sometimes I would make inferences about the data and Fabian would find them interesting, which would make me feel better about myself because I came to that conclusion by myself, and he is acknowledging it, even though he is an expert in the field. There's a barrier between a typical student and teacher which I think is pretty much absent between a Polygencer and their mentor.

What do other students have to gain from Polygence, in your opinion?

I think students really can't do things like this in school. They have specific state-mandated syllabi to get through, so you really can't have this one-on-one experience where you really are the focus. You're driving the project. There is no time and no space to do that in school. Through Polygence, you’ll know exactly what it's like to do research in such fields. It really does reduce your anxiety about what it's like in college or graduate school.

It would be great if people discovered Polygence in middle school, maybe 8th grade or 9th grade. I started this in junior year, and I really wish I had found it earlier, because I want to do more projects! I think that's why younger students need to be finding the Polygence program to experiment around with, even if it's in vastly different subjects. You could be doing biology, and then you could study film, or anything diverse like that.

“I really wish I had found [Polygence] earlier, because I want to do more projects!”

Has Polygence influenced your plans for the future?

I’m proud of the quality of my research paper, and I hope I can send it to colleges and professors and have discussions with them about it. I truly do believe that this experience has been unique to me. I think having a head start in this—being able to code in Python and being able to code up simulations in itself—would make me valuable as an assistant in some professor's lab. I hope by next year I will be able to get some job or internship experience in this field.

What advice would you give to a student about to begin their Polygence project?

I think you should be open to driving your project by yourself. In class, your teacher sets your agenda for the day or for the week, they test you on it, etc. But you've never been in charge of your own learning—you’ve only been the sheep following the crowd. This is something I'm still struggling with—coming to terms with the fact that Fabian won't give me all the answers, and that I should arrive at some of them myself, because that's what true learning is out in the real world.

You have to drive your own projects yourself. Coming into that mindset is a process that takes a long time, but if you go into Polygence thinking that way, I think it will be easier. You need to have the motivation and the drive to be okay with researching around, not having all the answers, and making adjustments accordingly. 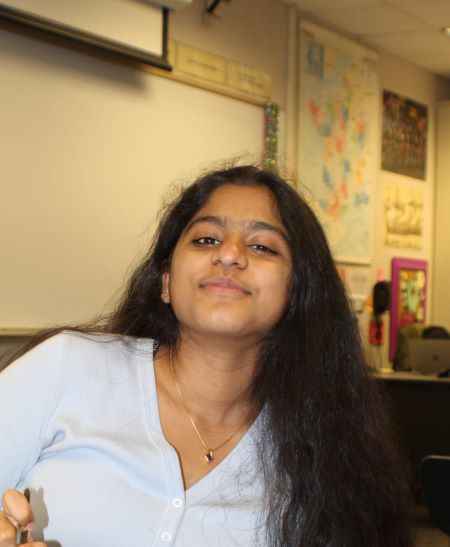