This month we spoke to Aaron Shipp, Founder and CEO of The Ivy Edge. A former corporate leadership coach and instructor at NYU's School of Professional Studies, as an independent education consultant Aaron has empowered students from all backgrounds to gain confidence and aim for the stars.

First, I'd love to learn a bit about your own journey to college. You mentioned you were the first person from your county in North Carolina to go to Yale. What led to your decision to go there specifically? 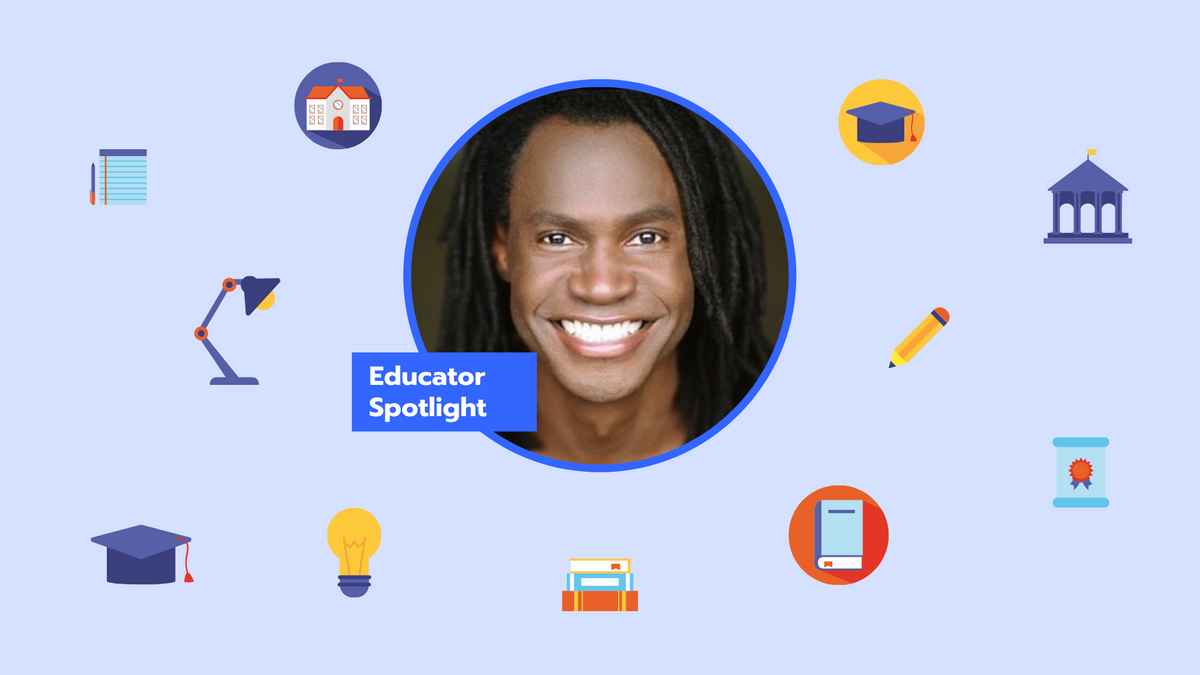 Hm. Well, the summer before my junior year, I was fortunate enough to attend the Governor's School of North Carolina. It was there that I met a Yale recruiter (the same guy who ended up interviewing me for Yale, oddly enough) and learned more about it. At the time, it had the top majors of all the things I wanted to study, so it seemed like a no-brainer, but it was such a long shot! The only people I knew who had gone to Yale were the rich guys on TV! It was actually a trip I took to Washington D.C. during my junior year of high school that cemented my decision to apply there. The name of the program was called Presidential Classroom and one of the girls in my cohort was a year ahead of me. She had just been accepted to Harvard, Yale, and Princeton. I said to myself, "If she's got into those schools and she's at this program, then I can get into those schools." And that's when I made up my mind to apply to Yale. And the rest, as they say, is history!

It's amazing that you've taken your past experience in leadership coaching for Fortune 100 companies and used it to support high schoolers applying to college. Any pearls of wisdom from corporate leadership that you find really inspires students?

Don't grow up!! Ha! Just kidding. But really, one of the reasons, one of the pearls of wisdom that I took away from my time in corporate America is to never lose a sense of possibility. What could be different. Teens struggle way less with that than adults. Possibility means that things can be different. Different choices and decisions can be made that lead to different thoughts, emotional processes, behaviors, etc. Grown folks seem to lose the ability to do that as we get older. And I think my most successful clients from the corporate sector hadn't completely lost a sense of play, of what could be possible, different. Kids get that. Teens want that, crave that. To be different. So when they work with an adult who is encouraging that in them. Whom they--I think and hope--see in me living that out by the things we discuss during our sessions, it helps to build real trust in the relationships. And it's the trust that makes it work.

In addition to college counseling at The Ivy Edge, you've also founded the non-profit Y-Apply to help high-achieving, low-income students reach great colleges. In your eyes, what's the biggest obstacle that the program is helping those students to overcome?

Access, access, access. Access to information. Access to how the college admissions game is really played. Access to resources. What blew my mind, every single time I led a Y-Apply program, was how much the parents' mind stayed BLOWN by what they didn't know. By how much they were truly grappling in the dark. And while I'm no longer with Y-Apply, it breaks my heart and troubles me that lack of information and access for these very talented students and their families--because of the inequality divides in our society in 2022--still subsists.

I know you've traveled quite a bit in your days; would you rather vacation at the beach or in the mountains?

Both! As a North Carolinian, I grew up having abundant access to both. I could never choose.

As an art historian, I like to ask: What book, play, film, or other work of culture would you recommend everyone experience (at least once)?

New York City! I think, if possible, every human being on planet Earth should visit Times Square at least once in their lifetimes. I can't think of any other place on planet Earth for free, that on any given weekend, you'll have such a cross-section of human beings from all corners of the globe. I find it fascinating! When I lived in the city, one of my favorite things to do to "nerd out" was to go to Times Square and just watch the people. Literally from all parts of the globe, just mixing with each other. All the different languages you could hear at once! So, that's my thing, Times Square in New York City.