David is a rising eighth grader from Milton, Massachusetts who has been building a diverse portfolio of stocks for two years already. David, who was inspired by his Dad to start investing in the stock market, is into trading for the fun, not the money. Seeking to learn basic economics with an emphasis on valuation, David was paired with Polygence mentor Taylor, a former associate at Morgan Stanley and current J.D. candidate at Harvard Law. David’s Polygence project culminated in an 10 page paper, explaining why Carnival Cruises is a good company to invest in right now. David’s paper brought together what he learned about GDP, consumer spending, and many more economic concepts through his sessions with Taylor. David completed his Polygence Program, not only with a tangible research paper, but also with a solid framework for thinking through his future investments. You can hear more about David’s Polygence experience in the interview below. 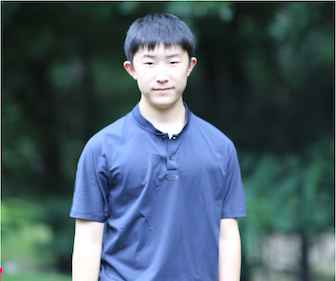 How did you become interested in the stock market at such a young age? What excites you about it?

I think some part of what got me interested was definitely family influence, because my dad trades stocks. I usually chat with my dad a lot about stocks—that's what we all chat about in my family. Second, due to my age, I’m not allowed to do a lot of money-related things independently. For example, I'm really interested in photography. I’ve tried to sell my pictures online and make money from that, but I got to a point where you had to enter your tax information, you had to be 18 years old, and there was just no way around that. But it turns out, you don’t have to be 18 years old to trade stocks. You can start as young as you like. The other thing is, I'm always searching for something that I can do to bring excitement and especially happiness to my life. . Investing in stocks is not that way because that’s something long-term with greater financial risk, but I thought trading stocks would be really fun. So that's my main reason why I trade stocks right now.

What motivated you to take on an economics project?

I just really want to learn the basics of economics, which isn’t taught in middle school. So I applied on the website, and then I got matched with mentor Taylor, who has been awesome. I wanted to learn about valuation mainly, and I ended up learning all about that and a ton of other things throughout the ten sessions. But the main thing for me was learning how to calculate the valuation of a company. I knew that would be really beneficial for my investments.

Luckily, Taylor used to work for Morgan Stanley, so he’s an expert in valuation, which was great. So I just asked him about how he does that, and then he showed me a ton of stuff. A lot of the economics and valuations involved super complicated math—especially things related to statistics, which I had no clue about. Taylor was able to make these concepts understandable for me, even without that math background, so it worked out fine. I really wanted to put what I learned about valuation into the project. So for the final paper, I put in all the basics of economics, plus the valuation part, and recommendations of a company. Taylor recommended this project to me, and it was great because we were able to add whatever possible into that project as I learned more and more.

“I wanted to learn about valuation mainly, and I ended learning all about that and a ton of other things throughout the ten sessions.” 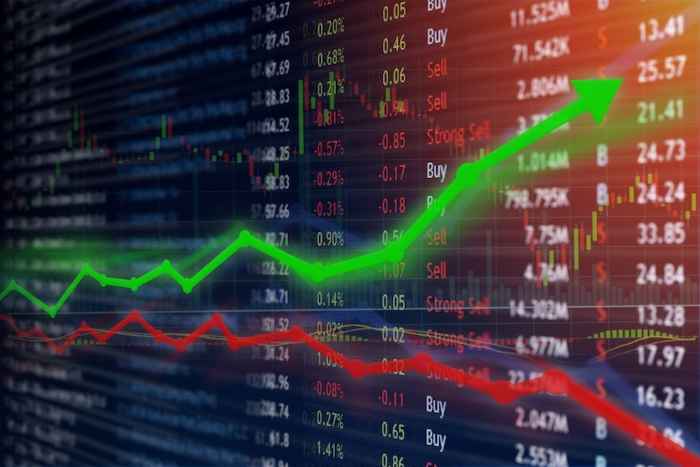 How did you arrive at Carnival Cruises for your recommended investment?

So there are a lot of industries that you can invest in right now, especially back in April when we started this project. Even right now for example, oil, aviation, and cruise stocks are still at really low prices. When I wrote this paper, we were expecting the summer would diminish some of the effects of the virus. But, due to how a lot of states have handled it, that’s not what we’re seeing now. Still, $11 per share for Carnival Cruise was a really low price. I was always waiting for those kinds of opportunities. Since we know that you can't time things precisely with the stock market, you at least can tell which industries will do well in the future, for the most part, I mean like three, four years later when the coronavirus has gone completely. So that's the only thing that we really know about at this unpredictable time. You really need to hang on to the things that you do know about, so that was one reason that I chose that stock. That ended taking many hours of research and thinking and doing a lot of valuation.

How did you decide that a final paper was the best format for the project, to bring together everything that you’d learned?

I think there's no better way to rigorously track your own thinking than writing. Writing that paper actually helped me figure out my process for thinking about my future investments. I feel like having that paper with introductions and all those sections provides me with a great template to work off of in the future. I can always just write another one with new things I have learned about other companies or part of the economy. GDP, consumer spendings, all the stuff that I learned about with Taylor, I can just fill those in. After that I can make my conclusion, and then I can invest.

“Our sessions were always that procedure of thinking together, instead of him just telling me what to think, or me reading it from a textbook.”

How was Taylor different from other mentors or teachers you’ve worked with?

First, he's quite different because he doesn't teach from a textbook. He uses the slides that he made and some online resources that he just tells me about. Since learning things related to investing is a peculiar subject, he also recommended some credible websites to me. He provides a basic structure to our sessions, but at the same time, we have a lot of free space. In school, teachers often teach from a textbook and just give us information. If a history teacher tried to teach you how to trade stocks, they’d probably talk about what happened in the past and what might happen in future based on that, but that’s not really how it always works with stocks. With Taylor, we would start thinking about what this company is doing, and why and how is it good? Then we’d get to, what is it worth it? Is it over-priced or undervalued? Our sessions were always that procedure of thinking together, instead of him just telling me what to think, or me reading it from a textbook.

I believe this is a much better way for me to learn, personally. I think it’s best for anyone who is really interested in what they are trying to learn. This allows a lot of space for you to brainstorm new ideas and to research a lot more after class because you felt genuinely interested in this. I feel like that's the main point of learning. Polygence gave me a really good opportunity to take what I’m interested in and run with it. I did research all over the place, and I learned so much more from that than just what you see in this final project.

Has Polygence influenced your plans for your future, in college or your career?

Before Polygence, I really wanted to trade stocks just for fun. For example, one of my best friend’s friends wanted to pay me to trade stocks, but I was like no, because that just turns it into a job, instead of something fun. For example, I would not be able to trade healthcare stocks due to the amount of risk that it has, but since I am trading with my own money, I am able to trade however insanely that I want to. It would put way more pressure on me, instead of keeping it casual and enjoyable. But now after Polygence, I feel really comfortable with investing instead of just trading. With trading, you can gain and lose money in really short time frames, hours or minutes or even seconds. For example, vaccine companies are great trading stocks right now, since they’re fluctuating so much, but not necessarily for investing. Investing takes long-term planning and careful consideration which looks at the general path of the economy, and I feel Polygence has helped prepare me to do this.

I really don't have a plan for investing in the future yet, but I feel like starting a business would probably be the most ideal way to go about things. Because owning a business, you can actually make real profits that are much more stable than the stock market. I definitely would want to find a balance between investments and my own business.

“Remember that what you’ll learn is not limited by what goes into your final project--throughout your research, you’ll learn way more than that.”

If you made a fortune trading stocks, what would you do with it?

So I definitely have a few plans for if that actually happens. If I made this fortune early, let's say by college, I would definitely start a business using that capital. I have a lot of ideas about what my future company will be like—for example, I’d love to have a company like Logitech, which is benefiting a lot from so many people working from home. That's one of the types of companies I’d like to build. Of course, that might change in the future. So that's one thing. I think I’d use the rest to continue trading for fun. If I made this fortune after college, like when I have a stable job, I think I would use most of that for investing, but still save part of it for trading. I think trading for fun will always be a part of my life since it's so enjoyable. It’s one of the most exciting things that gets me up from bed every morning.

What advice would you give students who are about to begin their own Polygence project?

If you're really passionate about what you're about to learn, you're super excited, you always go over class time, you would definitely benefit a ton from Polygence’s learning model. Remember that what you’ll learn is not limited by what goes into your final project—throughout your research, you’ll learn way more than that. The main thing is that you have to be really passionate about it and you have to be willing to spend the time to do the research.

You can check out David’s final paper here.