Once again, we are excited to announce that six more Polygence students presented their research at the fourth Symposium of Rising Scholars. Four times a year, the symposium gives pre-collegiate students an opportunity to proudly share their outstanding discoveries, while exposing them to the magical world of conference presentations and academic networking. Each of the young scholars gave a ten minute presentation followed by a brief Q&A session with their peers and a panel of experts within their respective fields.

Jin Chow, our COO, gave some opening remarks at the event, speaking on the immense pride everyone at Polygence has felt watching high schoolers truly blossom into young scholars under the program. She noted how fulfilling it is to see Polygence’s dream of democratizing access to research and elite mentors truly come to life.

Jacob, a rising senior from California, presented first on his research surveying both the benefits and disadvantages of polygyny in ants, a colony structure with multiple reproductives. He explains that this is where the Argentine ant gains an edge over their interspecific competition and owes much of their success to being a highly destructive invasive species to ecosystems around the world. Jacob also explores other invasive tendencies of this ant species, as well as unicoloniality, an extreme form of polygyny. He believes that understanding how invasive species find success in this colony structure is the key to their containment and deterrence.

Erita, a rising senior from Hong Kong, presented her research paper on the role arts education NGOs play in empowering underprivileged youths from extremely impoverished townships in South Africa. She studied how the performing arts NGOs, Jazzart and Amoyo, became a vital part of many troubled youths' lives, helping them to realize their full potential and encourage their self-expression. This results in improved mental health for the students, as well as an increased ability to reject drugs, gangs, and violence. Erita concludes that performing arts can be an extremely effective tool in reducing criminality, creating a safer world, and most importantly, laying a solid foundation for future generations to live happier lives. 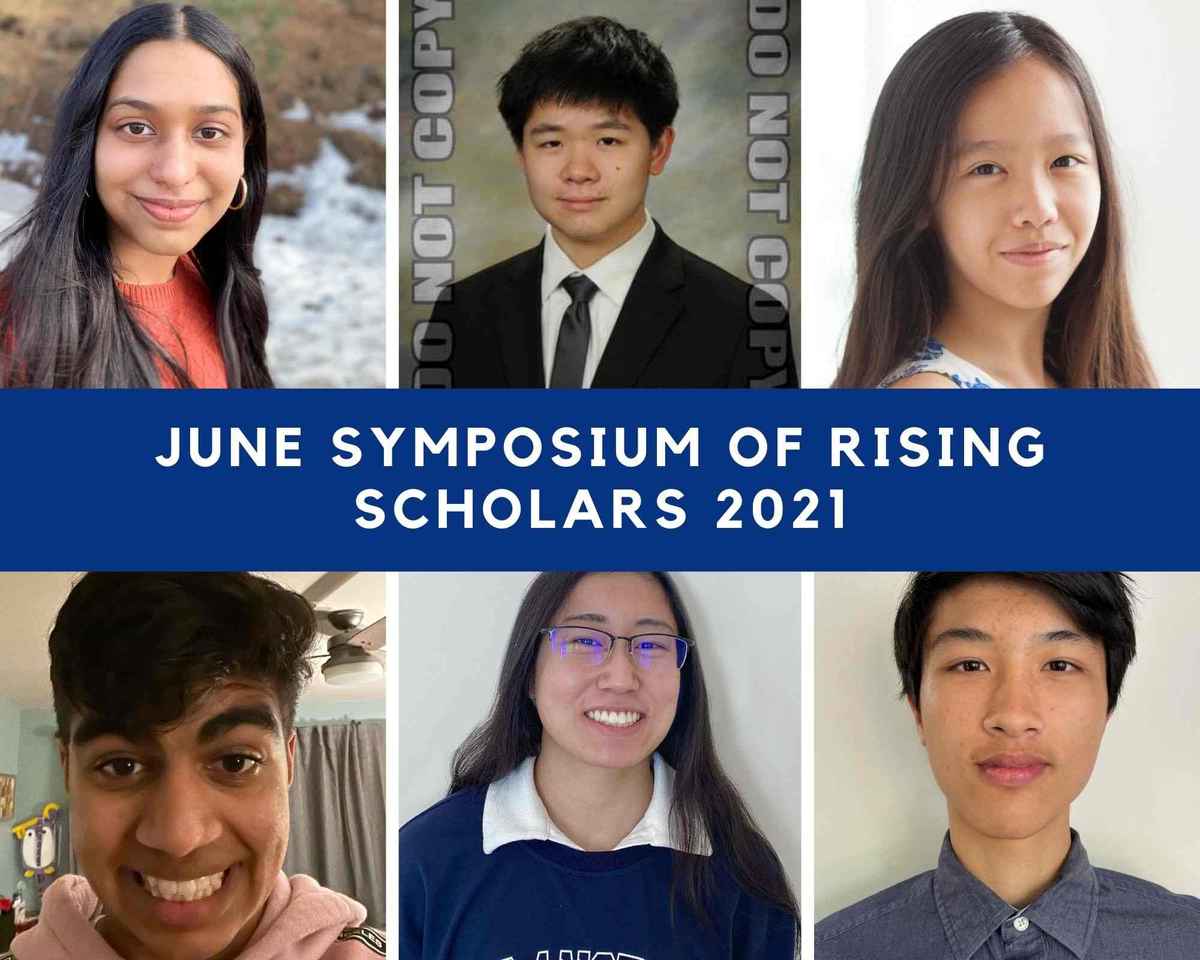 Neha, a rising sophomore from California, goes into the neuropsychiatric manifestations of Parkinson’s Disease (PD). Although it is primarily known as a movement disorder, Parkinson’s can also lead to hallucinations, sleep disturbances, depression, and/or anxiety. Her research paper explores the literature surrounding the prevalence, risk factors, and treatment options for such manifestations in the disease. Furthermore, it makes note of the need for more research on the effective management of PD-induced neuropsychiatric conditions.

Grace, a rising junior from Washington, gave a talk on Maurice Papon, a civil servant tried in 1997 for his hand in the deportation of over one thousand Jews as a bureaucrat during the Vichy regime. Interestingly enough, Papon was also pardoned for his crimes committed during the Algerian War of Independence, in which he was responsible for a brutal massacre of young Algerians. Grace makes sure to note that such a pardon was given just as France engaged in mass censorship and concealment of the French use of torture during the war. Having combed through laws, newspaper archives, and trial transcripts, the young scholar made sure to tackle other complexities of facing one’s consequences for past national or state crimes as well.

Devan, a rising junior from California, summarized a series of six posts from his blog into a ten minute presentation. Throughout the series, he focused on covering different aspects of anxiety and stress. These specific aspects included: ways in which stress expresses itself in different genders, early indicators of anxiety, neuroimaging techniques, the effects of COVID-19, positive stress, and the neurobiology of stress. Through understanding how anxiety and stress also affect other areas of life like sleep, relationships, and physical health, Devan has further applied his newfound knowledge to his and his loved ones’ lives in a way that reduces such feelings.

Finally, Jeffrey, a recent high school graduate from California, shared his work building models for predicting drug response in cancer patients. Given that human genetics contribute to cancer susceptibility, the idea of being able to preview an individual's life in relation to cancer is highly valued. Jeff conducted his work through the utilization of tools like the CCLE (Cancer Cell Line Encyclopedia), and enhancing of out-of-the-box algorithms provided by python libraries through the inclusion of prior biological knowledge. He also explored alternative strategies for classifying samples into sensitive/resistant groups, and analyzed features informative for such classification through bio-statistical frameworks.

We are delighted that our students had the opportunity to share their amazing work at the Symposium of Rising Scholars, and we hope to continue seeing even more Polygencers presenting at future symposia! It’s an excellent opportunity to go one step further as a young researcher and get early experience doing the most critical part of the job, which is sharing your discoveries with others!

You can read the proceedings and watch a recording of the symposium here. If you’re interested in participating in the next symposium, please send us a note at students@polygence.org.